The Cape Times today reports that:

SA’s first UFO event to be held
South Africa will experience its first conference on unidentified flying obects (UFOs) in November.
“Millions of people in SA have had their own personal experience with ETs and UFOs – but most have in the past been too nervous to raise the subject, afraid of ridicule,”, conference host Michael Tellinger said yesterday.
The gathering would allow “those in the know” an opportunity to express themselves on issues like extraterrestrial (ET) contact.
He said 13 internationally recognised and published leaders in the fields of UFOlogy, genetics, microbiology and biomimicry would speak at the event in Johannesburg.
Speakers would also address topics including alchemy, ancient wisdom, numeric science and the formation of a money-less society. 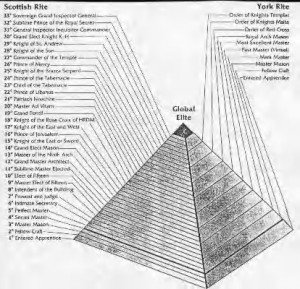 In case you haven’t heard of the organiser Michael Tellinger, you can learn more about his work at the website devoted to the ideas expressed in his book ‘Slave species of god“. You’d however have to buy the book itself to learn about topics like:

Were humans created by “god” as SLAVES?
Was Abraham the first human SPY?
Was Jesus an accidental MESSIAH?

I presume that these sorts of issues will be among the topics discussed under the ‘ancient wisdom’ category of the conference. But there’s clearly more on offer, dressed in impressive-sounding descriptions. But ‘numerical science’ doesn’t become more interesting or worth paying attention to than ‘numerology’ via the addition of the word ‘science’, and I’m afraid that the ridicule mentioned in the press release will probably not abate following this conference.

Maybe I’m wrong. After all, the speakers have some impressive pedigrees. Here’s a summary:

In other words, if you want to compress an entire lifetime’s worth of woo-woo into three days of your life, November 25-27 are the days for you. It’s taking place at Wits university, and attendance costs R390 per day. It’s probably not much use going there in an attempt to disabuse them of any of their insanities, but if you encounter anyone who expresses interest, you could point out to them that Tellinger is a South African version of someone like Zecharia Sitchin, who himself is such a crackpot that even some other crackpots have disowned him. 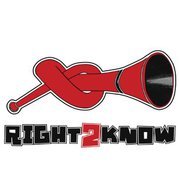 Anyone in Cape Town and surrounding areas is encouraged to attend any of these events – but particularly the march on Saturday, in protest of the POI Bill.

Students Against Secrecy, a coalition of student organizations have put together a week of action to raise awareness about and activism against the Protection of Information Bill. Through a series of discussions, debates and campus displays we seek to provide a platform to engage UCT students in this vital question, which is at the very heart of our continent’s most vibrant democracy.

MONDAY 1PM – Business on Secrecy: Why Information is the Lifeblood of the Economy – Viola Manuel (Executive Director of the Cape Chamber of Commerce) – Leslie Social 2B

TUESDAY 6PM – A Case Study: Uncovering and Reporting on the Arms Deal – Paul Hoffman (Director of the Institute for Accountability in Southern Africa), Christi van der Westhueyzen (award-winning journalist author of White Power & the Rise and Fall of the National Party) and Hennie van Vuuren (head of the Institute for Security Studies) – Beatie 115

SATURDAY 10AM – Right2Know March to Parliament from Kaizersgracht Street 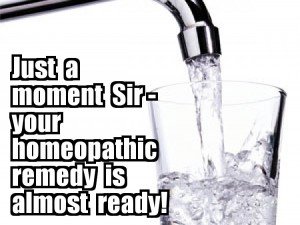 Consumer rights activists in South Africa have today announced their intention to take a mass homeopathic ‘overdose’ next month, as part of a major global protest against the alternative remedies.

Protestors in Cape Town will swallow entire bottles of homeopathic pills on February 5th 2011, in a bid to raise public awareness of the fact that homeopathic ‘remedies’ are ineffective – putting pressure on pharmacists and healthcare providers to ensure that products sold as medical treatments actually work. END_OF_DOCUMENT_TOKEN_TO_BE_REPLACED

Consumer rights activists worldwide are being challenged to participate in a global ‘overdose’ on homeopathic pills, in order to raise public awareness that the remedies are in fact worthless. 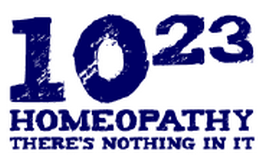 The ’10:23 Challenge’, scheduled to culminate worldwide in February 2011, is a follow-up to the protest staged by the 10:23 Campaign in the UK, which saw almost 400 demonstrators take to the streets across UK to voice their concern at the sales of the pills in leading pharmacy ‘Boots’, and the support for such ‘remedies’ on the NHS.

Michael Marshall of the 10:23 Campaign explained the plans for 2011: “This year has been a great year in the UK for raising awareness of homeopathy – with doctors, pharmacists, politicians and – above all – members of the public speaking out against this discredited ‘treatment’.

“However, the case against homeopathy extends far beyond the UK – all around the world, people are being told that homeopathy is a valid form of treatment, and often with tragic consequences. It’s a global problem, and it requires global action.

“This is why we’re announcing the 10:23 Challenge for 2011 – we want to show global unity by gathering protesters from more than 10 countries, and more than 23 cities. Our aim is to have more than 1023 activists publicly gathering over the weekend of 5th-6th February, to make a statement: Homeopathy – There’s Nothing In It.

“Of course, safety is our number one concern – not all homeopathy is prepared as honestly and cleanly as the manufacturers state, and can include real ingredients which could be potentially dangerous. With this in mind we urge anyone wishing to get involved to prepare their own homeopathic remedies, or contact the 10:23 Campaign for more information (contact@1023.org.uk)”.

While International participation is yet to be announced, the challenge will culminate in a demonstration in Manchester on February 6th, at the ‘QED: Question. Explore. Discover.’ event, with over 300 protesters participating the largest ever single demonstration against homeopathy.

The 10:23 Campaign is an international movement headed by the Merseyside Skeptics Society, which aims to raise awareness of homeopathy, a multi-million pound industry based on a long-discredited 18th century ritual, selling remedies to the public which have no scientific basis and no credible evidence for their efficacy beyond the placebo effect.

While dispensing sugar pills may seem harmless, in reality the endorsement of homeopathic potions by leading health providers can have grave consequences. In September 2010, a BBC investigation discovered registered homeopaths administering ineffective ‘alternatives’ to the MMR vaccine, and in 2002 9-month old infant Gloria Sam died from serious infections after her eczema – a condition commonly treated by homeopaths – was treated with homeopathic remedies.

Mr Marshall concluded: “Homeopathy has had more than two centuries to prove itself a useful remedy, but the results consistently come back negative. In the meantime, people are being fooled into believing these pills work, often causing genuine harm. This is unacceptable, and on February 5th, we’re going to demonstrate how strongly people feel about this issue.”

The 2nd annual conference and AGM of the Free Society Institute
Co-hosted by the International Humanist and Ethical Union.

Registrations are unfortunately closed at this time.

END_OF_DOCUMENT_TOKEN_TO_BE_REPLACED

You are invited to attend the 2nd annual conference and AGM of the Free Society Institute, co-hosted by the International Humanist and Ethical Union. This message serves as an announcement and call for papers for the workshop, to be held on September 11th in Cape Town, from 09h00 to 17h00, at a venue to be determined at a later date.

The theme of this year’s conference is:

While the theme intends to suggest a specific focus on moral matters, abstracts dealing with related areas will also be considered (for example, a secular viewpoint as conducing to clarity in politics and science).

If you are interested in presenting a talk at the event, please send an abstract of 300 words describing your paper to Jacques Rousseau by August 2. Submissions will be considered by the organisers, and a preliminary programme will be available on this website by 16 August 2010. To register to attend (speakers and non-speakers alike), please visit this link. There is no charge for registration and attendance.

Recordings of the speakers at the inaugural conference (in no particular order) are available for download – sorry that it took so long for me to put these up. Please consult the programme before downloading any of these, as you may only want to watch some of them. The files are in .ogg format – you can watch them with the free VLC media player.

Here is a recording of a brief radio interview following the publication of Goblins and Gobbledegook last week (10MB, mp3):  JoziFM

Yesterday, around 30 (mostly) humanists gathered for an all-day conference to launch the Free Society Institute (photographs). The event was, to my mind, a qualified success – we experienced plenty of enthusiasm and robust debate, which unfortunately sometimes needed to be curtailed due to what was perhaps too packed a programme. There are legitimate concerns regarding some of the presentations, but you will be able to make up your own minds about that as they become available for download here – a process which is already underway, and which you can follow by visiting the 2009 conference page. Be sure to check back there in a week or so, when I hope to have all the papers available. It will take a while longer to have videos of the talks available, but they are coming too, as are photographs from the day’s proceedings.

If you were there, what were your impressions? Let us know by commenting here or on our forums. For those who couldn’t make it, the speakers would no doubt appreciate your feedback on their presentations, so please comment once you’ve had a chance to read those.