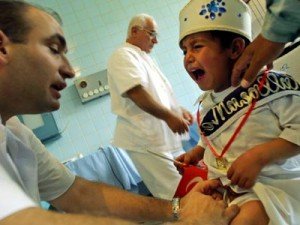 In June this year, a court in the German city of Cologne heard a case involving a four-year-old child from a Muslim family who was admitted to hospital with bleeding following a circumcision. The doctor who performed the circumcision did so at the request of the boy’s parents, and was acquitted of the charge of grievous bodily harm for this reason.

While this particular doctor was acquitted, the court made the general observation that circumcision violated a child’s “fundamental right to bodily integrity”, and that this right outweighed the rights of parents. While leaving room for circumcision to be permissible on medical grounds, the court, in other words, ruled that ritual circumcision amounts to impermissible bodily harm and also constituted a violation of the rights of children.

Contrary to the predictable cries of anti-Semitism that have resulted (and how convenient it is for critics that a German court made the ruling), this is a victory for freedom of religion. Yes, one element of one ritual is outlawed, namely that parents can no longer choose to cut flesh from the penis of their non-consenting child. But why should they ever have had that “right”?

Read more at the Daily Maverick.