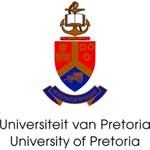 It appears that not only South African schools are willing to ignore the National Policy on Religion and Education (pdf). As previously observed, certain schools routinely violate the requirement that religious instruction needs to focus on religion in general – allowing for freedom of belief by not requiring that students are exposed to only one religion, nor requiring them to accept one religion’s view regarding morality to take precedence over others.

Students enrolled for the B.Ed (Early Childhood Development and Foundation Phase) at the University of Pretoria are prescribed a textbook titled Addressing barriers to learning – a South African perspective, edited by Emmerentia Landsberg and published by Van Schaik (2nd edition, 2011). In the chapter entitled ‘Socio-economic barriers to learning in contemporary society’ by Erna Prinsloo, we read the following (pp. 36-37):

Normative development is initiated and established within the family context. Parents/caregivers are responsible for guiding children towards acceptance of religion and religious principles. Only in a personal relationship with a higher Being do children truly learn that there are lasting consequences for their actions. In the collective and mutual relationships with parents and God, children can be supported to experience love and safety and to accept responsibility for the way in which they live and learn. In the absence of such relationships and religious principles it becomes extremely difficult to teach children the value of discipline, self-discipline and consideration of the self and others. Where parents and caregivers abandon religion and religious principles and live a life of self-gratification with meeting one’s own needs as only principle, children and youth’s development towards a positive value system and eventual self-actualisation will be severely impeded.

Besides the contradiction entailed by “only in a personal relationship with a higher Being” and “in the absence of such … religious principles it becomes extremely difficult“, neither of these claims are true – and both of them present the viewpoint that without religion, your child is basically doomed to psychopathy of one form or another. While most of the University of Pretoria’s policies are hidden on a password-protected Intranet, we can read the following on the section of their website devoted to “Education Principles” (emphasis added):

If we take them at their word, it seems entirely inappropriate – on UP’s own standards, regardless of the National Policy – that a textbook which teaches that God is necessary for self-actualisation, compassion and so forth be prescribed to students. Furthermore, the home page of the Department of Biblical & Religious Studies seems aware of their responsibilities in terms of the Policy, as we can read there that:

In accordance with the requirements of the new National Curriculum Policy on Education for religious education to focus on the general phenomenon of religion and not on a specific religion only, the name of the subject Biblical and Religious Studies changed to Religion Studies (code: REL) in 2006. Contents of the course now focus not only on the Bible, but also on various other world religions, without alienating our traditional students from the subject.

This doesn’t go quite far enough, of course, in that Religious Studies should also address worldviews that reject religion, or are free of religion. It would however be understandable if UP’s target market included few who might be interested in those topics, and the Religious Studies Department has at least (apparently) ceased to offer instruction which privileges the Christian religion. The Faculty of Education has no such excuses available to it. Even though the CAPS (Curriculum and Assessment Policy Statement) don’t go far enough in eliminating religious bias from primary education (what these UP students are presumably learning towards offering), they at least don’t privilege a monotheistic – probably Christian – “God” as this textbook does.

We can only hope that this is merely an oversight, and that this textbook will either be revised for next year, or not prescribed at all. Anyone who is involved with any public education institution in South Africa should read and pass the Policy on, and hold your institutions to account when they violate its principles. The policy itself makes clear that “the spirit of the policy, which is to embrace the religious diversity of South Africa, must also be applied at other levels of the education system” – even though it’s applied inconsistently in schools, it’s not only for schools but also for universities. Including the University of Pretoria’s Faculty of Education.