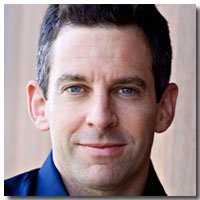 André Gide remarked that “everything that needs to be said has already been said. But since no one was listening, everything must be said again”. So it is with the recent article by Mandy de Waal, who took Sam Harris (and the ‘new atheists’ in general) to task for ‘hate speech’, ‘bigotry’ and encouraging so-called Islamophobia. It’s difficult to know just where to begin in responding, as I find the content of de Waal’s piece disagreeable in almost every aspect. Read more at Synapses.